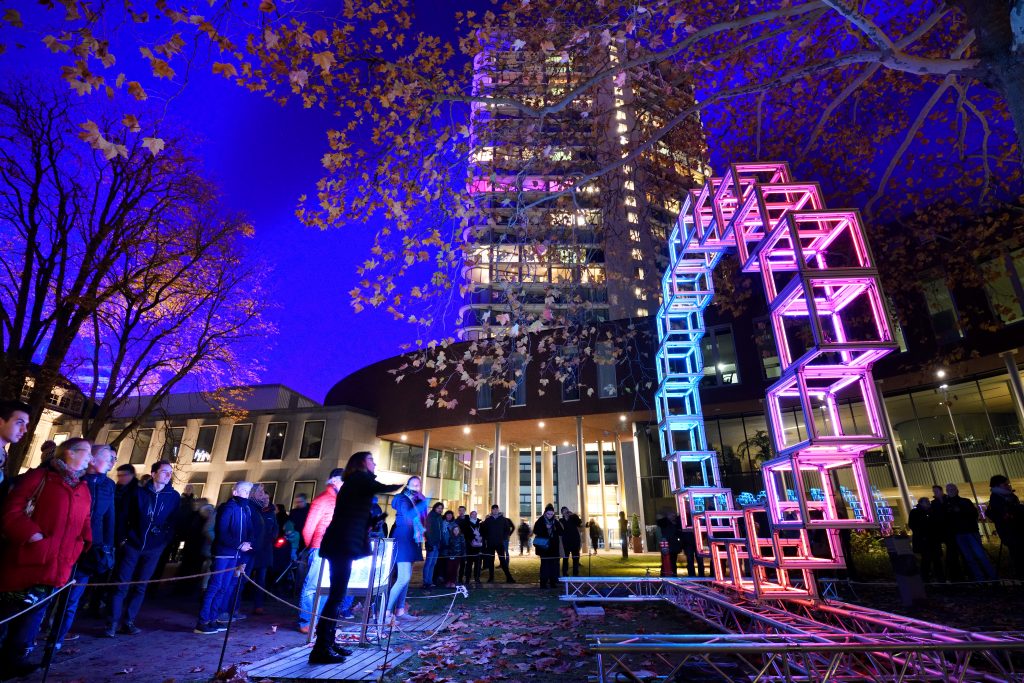 Loop is an interactive lighting installation consisting of 20 cubes which are placed in a ring shape. The structure is four meters high and wide. It was originally created by student team IGNITE (which later evolved into Hypar Collective) for GLOW Eindhoven 2018. It served as a research pilot for Hypar, which would be presented the year after. It was used to test what the best working interaction would be for future sculptures. Visitors were able to control the speed and colors of the light with their movements. This element of interaction made it stand out from the other light art at GLOW and was immensely enjoyed by the visitors of the event. Throughout the event, several different types of interactions were tested and analyzed to design a new interaction for Hypar for GLOW 2019. 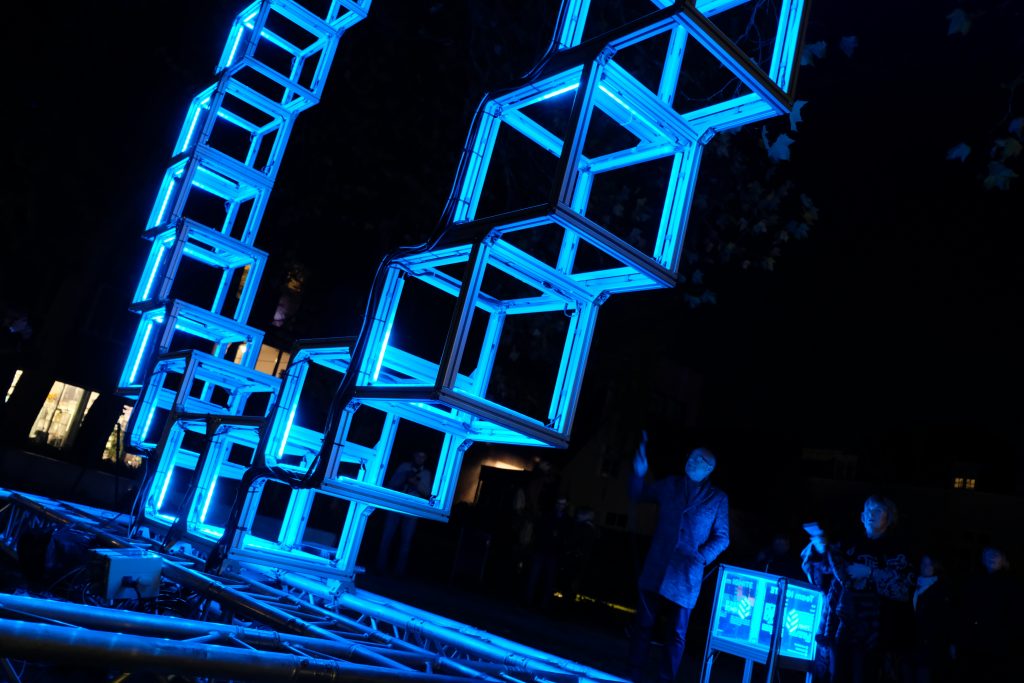 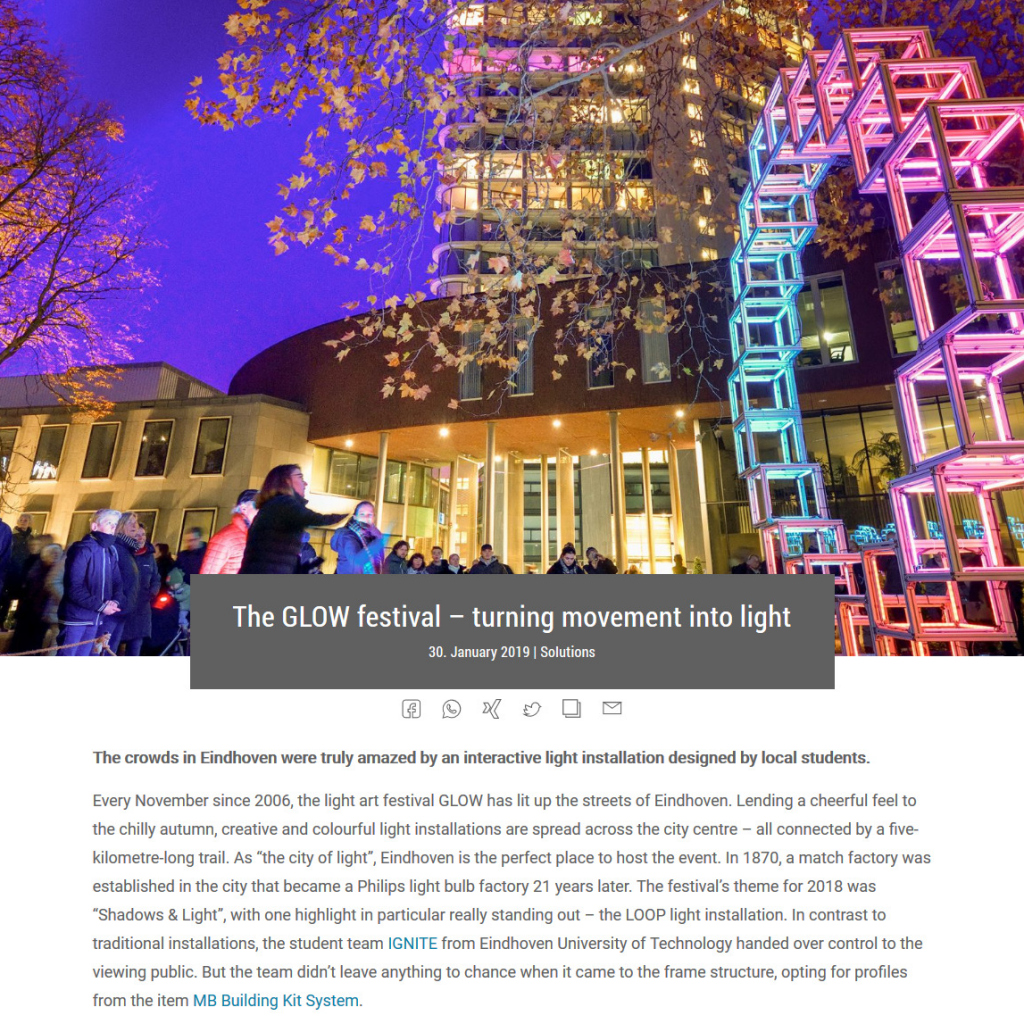 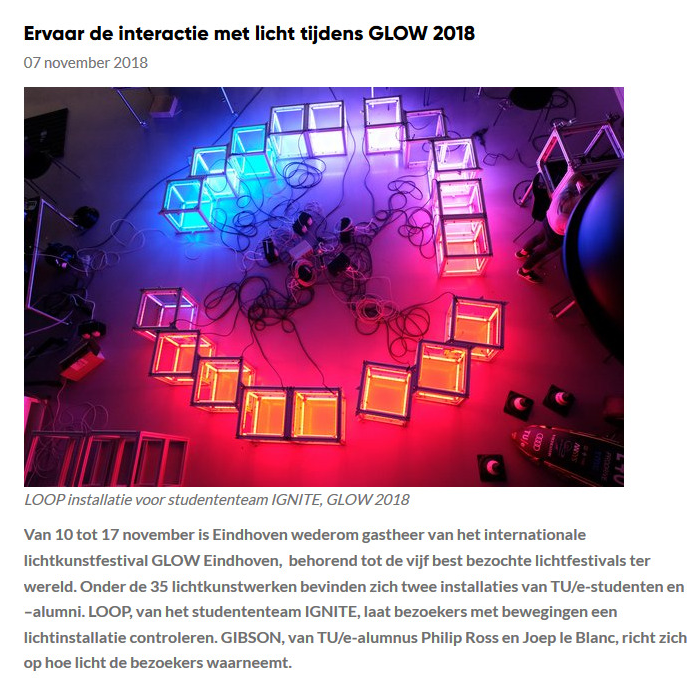 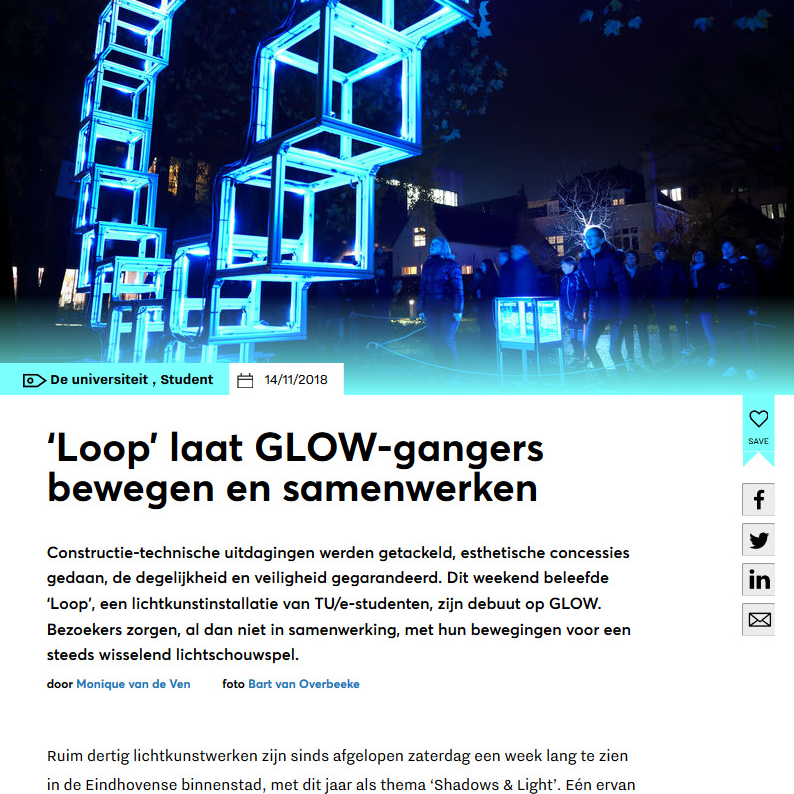 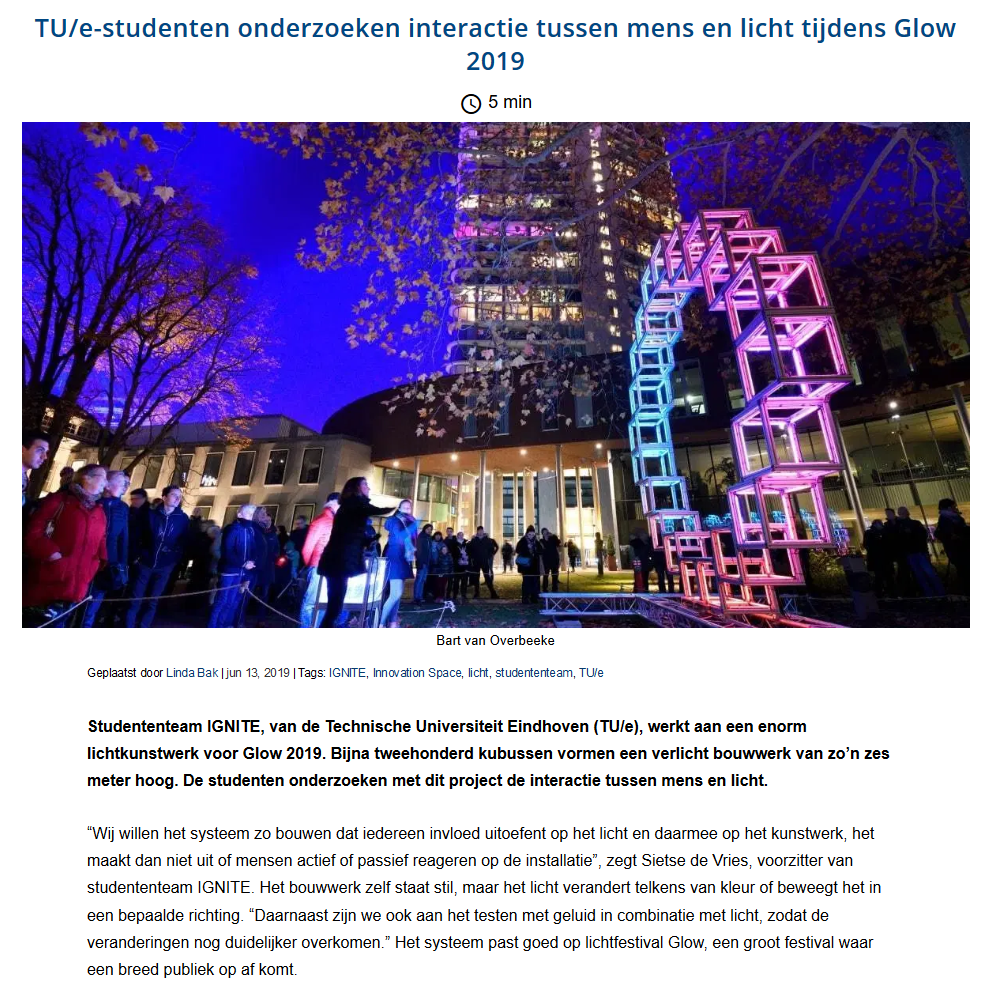 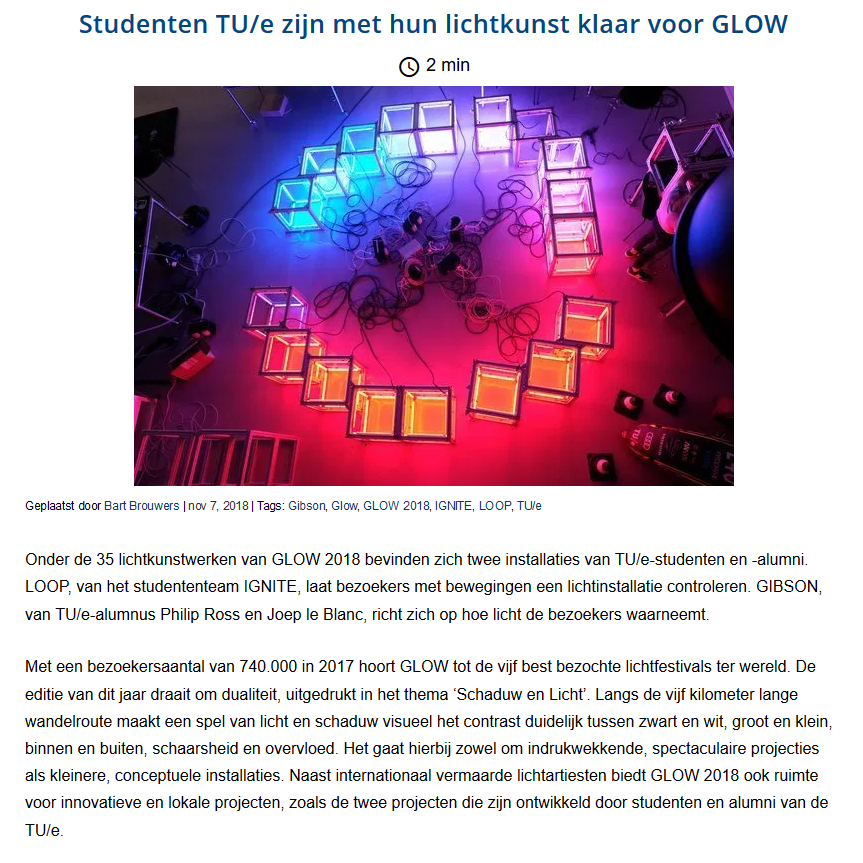